Janeth Rodriguez, EDDA
Expanded Duty Dental Assistant
Janeth was born in Honduras, she was raised in New Orleans, Louisiana.  She graduated from West Jefferson Senior High School in 2004. She received her dental training at Eastern College of Health Vocations. She has been a member to the Parker Dental Center Team for 10 years. Janeth enjoys soccer, Saints football, and spanish music.

Kendall P. Parker, D.D.S.
General Dentist
Dr. Parker was born and raised in New Orleans, Louisiana.  He attended St. Augustine High School graduating in 1984 , he then attended Howard University Undergraduate, majoring in Zoology. He then attended Meharry Medical College School Of Dentistry graduating in 1991.  He successfully completed General Practice Residency at the V.A Medical Center in 1992. Dr. Parker has solely owned and operated Parker Dental Center since February 1995
He is a member of the Omega Psi Phi Fraternity, Inc. He also enjoys golf, fishing, and landscaping in his spare time. 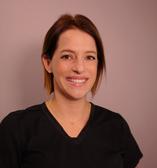 Jeanne was born and raised in Westwego, Louisiana.  Jeanne attended L. W. Higgins High School. She received a B.S in Dental Hygiene Degree from Louisiana State University and her B.S. from University of New Orleans.  She enjoys spending time with her dogs. 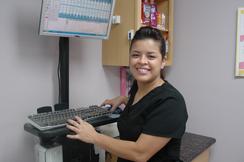 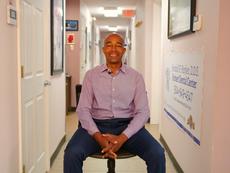 Marci was raised in Rayne, Louisiana. She received a B.S in Dental Hygiene from Louisiana State University in 2009. Marci has been a dental hygienist in Louisiana and New York. She enjoys getting to know her patients. A mom of two young boys, she enjoys taking them on walks, grilling, and listening to live music.

Holly A. Francis
Office Manager / Patient Care Coordinator
Holly was born and raised in New Orleans, Louisiana.  She graduated from John F. Kennedy High School. Holly has been a member to the Parker Dental Center Team for 19 years.  She enjoys running and music.

Lisa was raised in Nashville, TN. She has lived in New Orleans for more than 30 years. She received a B.A. from Tulane University. Lisa has been a member of the Parker Dental Center Team for over 25 years. A mom of two, she is an avid artist, enjoys fitness and travelling. 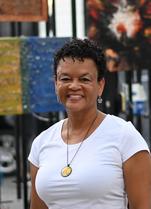 Anna M. Dunn, RDH
Dental Hygienist
Anna was born in Fort Polk, Louisiana and raised in a military family which allowed her to travel the U.S. After graduating High School in 2003 from Humble, Texas, Anna moved back to Louisiana to pursue her dental hygiene undergraduate studies at Louisiana State Universtiy.  She completed her Dental Hygiene degree and graduated in 2009 from LSU School Of Dentistry. Anna has been a member of the Parker Dental Center Team for 12 years.